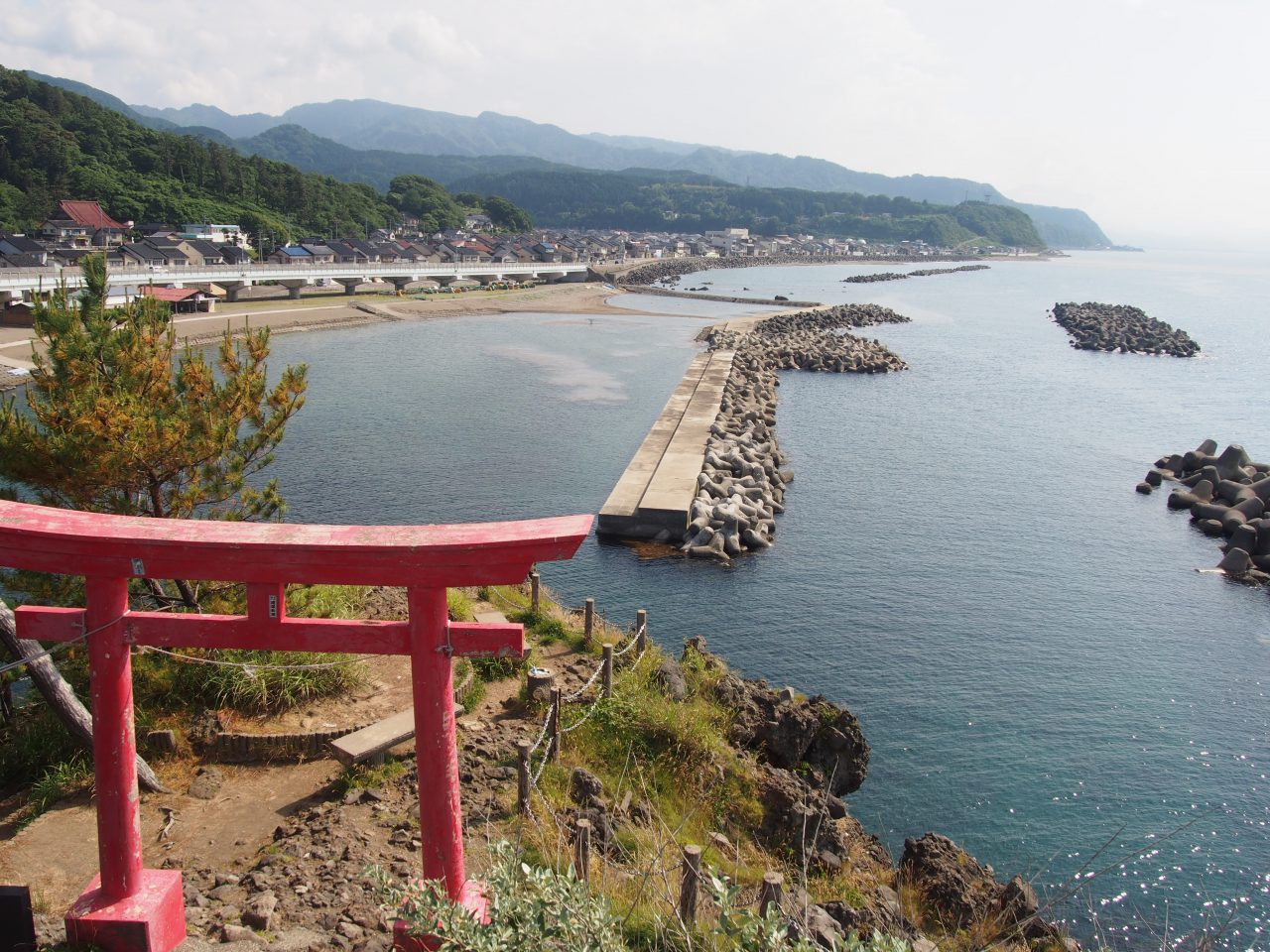 Sacred Rock and Symbol of the Nou Region
This massive rock looms over the Nou Coast next to Route 8. Long worshiped by local sailors as a manifestation of the goddess of the sea, the lighthouse atop the rock continues to act as an important guide to safe harbor. The rock itself was formed at the bottom of the sea by an underwater volcano. The Akebonobashi Bridge connects the rock to shore and a small shrine on the rock is dedicated to Ichikushima, the goddess of the sea.