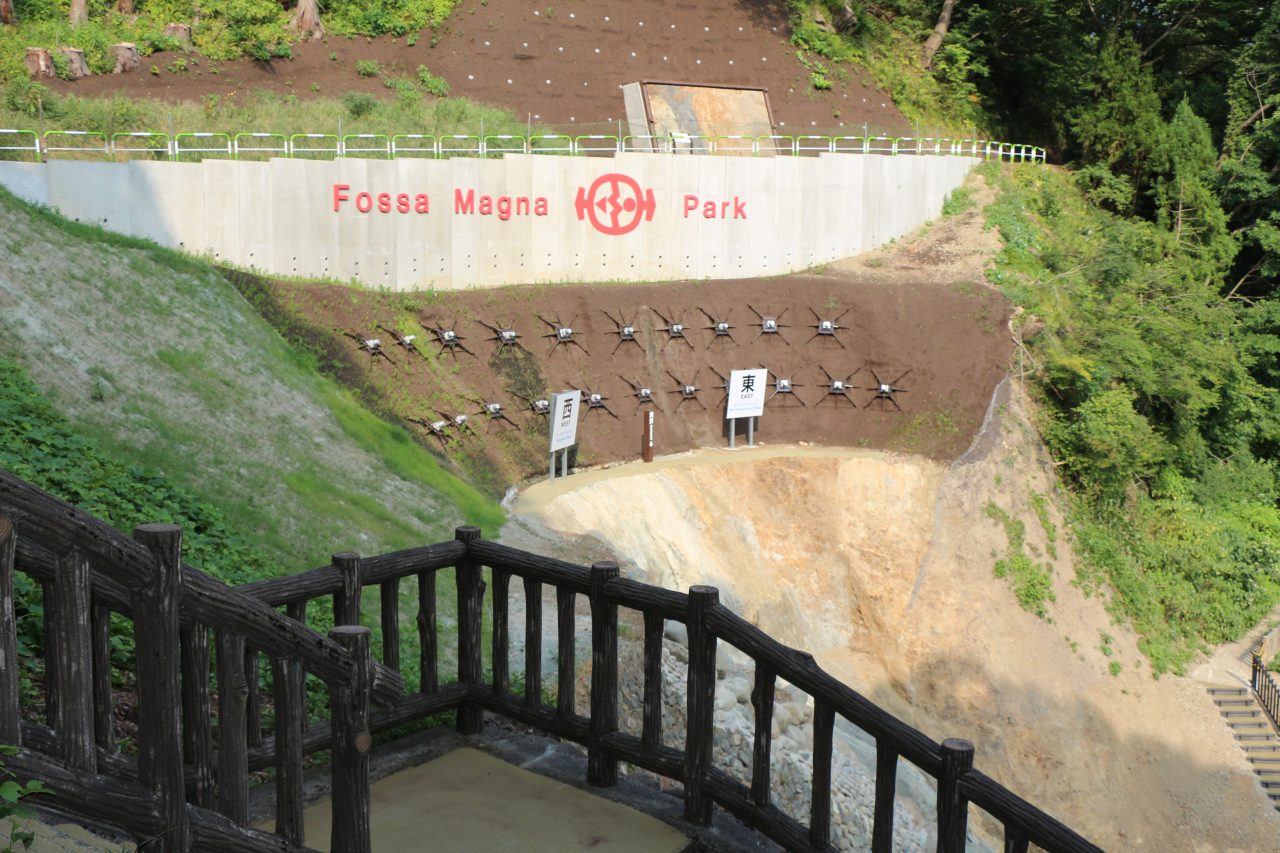 Located in the beautiful Nechi Valley 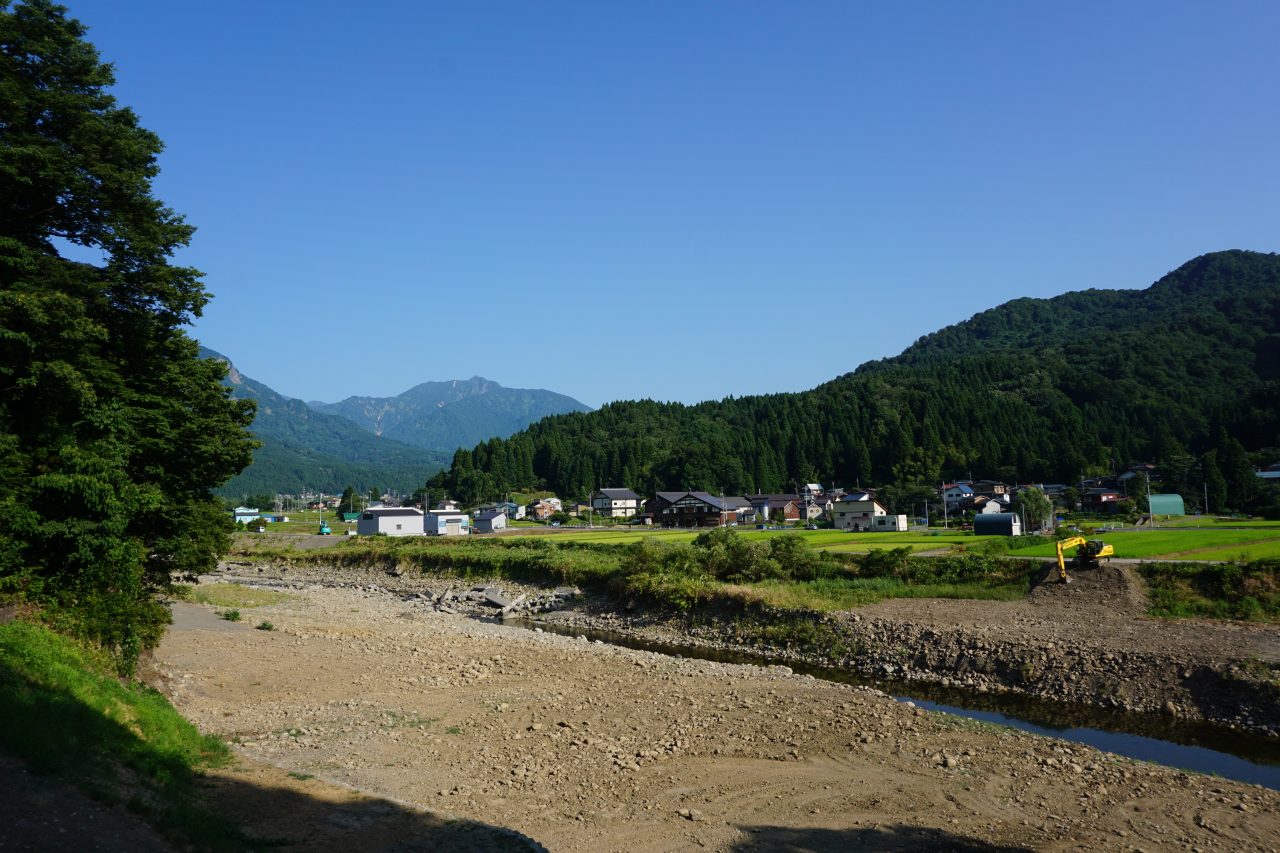 First opened as an “Itoigawa Geopark” in 1991, the Fossa Magna Park can be said to be the birthplace of the Itoigawa UNESCO Global Geopark. It features a 1 km long hillside walking trail, stretching from the entrance along Route 148 to the Shimonechi Rural Park, just inside Nechi Valley.

The middle of the walkway opens up to a large rift in the cliff’s face. The rocks exposed here are strikingly different in color. This alone would be an interesting curiosity, but the reason for this change in color is actually quite dramatic: This is actually the border of the Itoigawa-Shizuoka Tectonic Line, a massive fault which splits Japan in two! According to some theories, this is also one of the borders between the North American and Eurasian continental plates.

It was the collision and interaction of these plates along this fault which created the Japanese Islands we see today and blessed the Itoigawa region with its ruggedly beautiful landscape and rich geological and natural diversity.

The park also features a variety of informative panels explaining how the landscape here was formed. Near the exit are several examples of pillow lava, a natural formation which occurs when lava flows underwater–further evidence of Itoigawa’s ancient natural history.